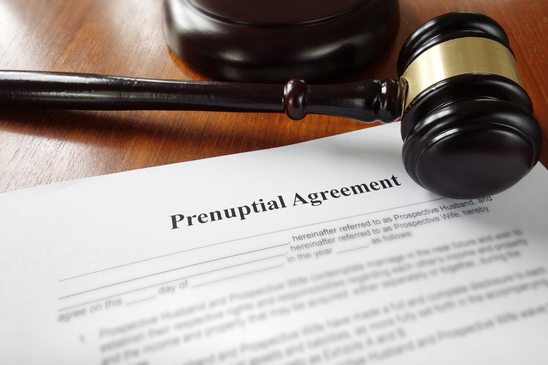 Premarital agreements (also called prenuptial agreements or “prenups”) are a common legal step taken before marriage. A prenup establishes the property and financial rights of each spouse in the event of a divorce. So while no one is thinking about a divorce when they get married, about 40 to 50 percent of married couples in the United States end up in divorce. So it’s often prudent to at least consider a prenuptial agreement. Prenups are often used to protect the assets of wealthy spouses but also can protect family businesses, inheritance and serve other important functions.

Having a Prenuptial Agreement can strengthen a couple’s relationship. The process of drafting a California Prenuptial Agreement requires that both parties fully disclose their financial situation and requires each party to openly and honestly discuss how the couple will handle their money and plan for their future. Prenuptial agreements actually better prepare couples for marriage by forcing them to discuss certain important financial issues such as how money is to be earned and how it is to be spent.

A properly prepared and executed premarital agreement provides both parties with some measure of certainty as to how property and debts will be divided if their marriage is unsuccessful. It can also provide that your spouse never acquires a community property interest in your separate property.